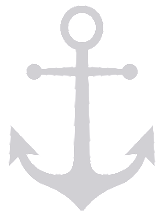 The Portland Spirit is a 150-foot yacht with three public decks, two of which are enclosed and climate controlled. It has a seating capacity of up to 394 guests on the two interior decks for plated meals and is licensed by the coast guard to carry up to 540 passengers. The Portland Spirit features delicious Northwest cuisine prepared by an on board galley, several full-service bars, baby grand pianos with live performers, a ship-wide sound system and a marble dance floor.

Built in Salisbury, Maryland and completed on August 27, 1986, the ship was launched in 1987 by Chesapeake Shipbuilding and operated on the Connecticut River during its first year. Then the vessel was sold and after a trip through the Panama Canal, it operated out of Maui for the next four years. In 1992, the operation was purchased by Pacific Marine and moved to Honolulu. The ship’s name was changed to Stardancer and continued operating in Hawaii until March of 1994 when American Waterways, Inc. acquired the vessel.

On April 1, 1994, the Stardancer and a crew of five journeyed from Hawaii to Portland, Oregon. The boats lower level, which is now the Willamette Deck, was filled with over a hundred 55-gallon drums of fuel and every window was covered with steel plates. One hundred miles into the trip, the captain had a medical emergency and a helicopter was required to lift him off the vessel. The ship and remaining four crew members arrived in Portland nine days later. After a full refit, the Spirit of Portland, began cruises in May of 1994. The name was changed to Portland Spirit on January 1, 1995.

On January 4, 1998, Portland Spirit staff members completely offloaded the ship and prepared her for a full remodel. She was completely gutted at the Sundial Shipyard in Troutdale. Thirty days and $750,000 later, the ship returned to Portland with new ceilings, walls, bars, offices, phones, a new paint job and much more. In February of 2004, the Portland Spirit was again remodeled. This time, both engines and generators were replaced; a keg cooler and beer-dispensing system were installed; a gift shop was added to the Starlight Deck, and permanent counters and storage cabinets were added to the bow of the Columbia Deck. In 2015, the interior decor was refreshed and interior stairwell was rebuilt. In 2022, the on board galley was gutted and received a complete remodel with all new equipment. Many minor improvements have been made throughout the years as well. It is continually maintained by its staff and crew. 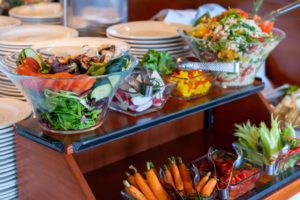 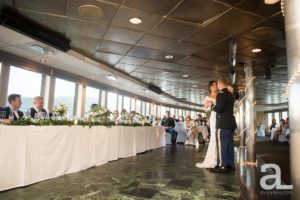 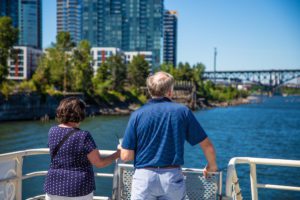 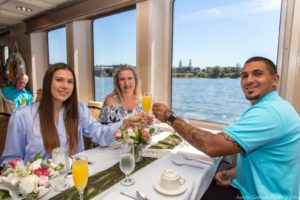 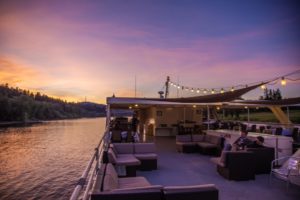 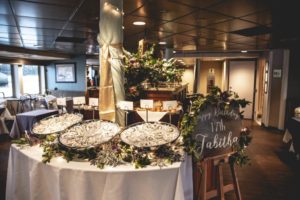 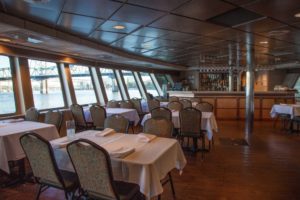 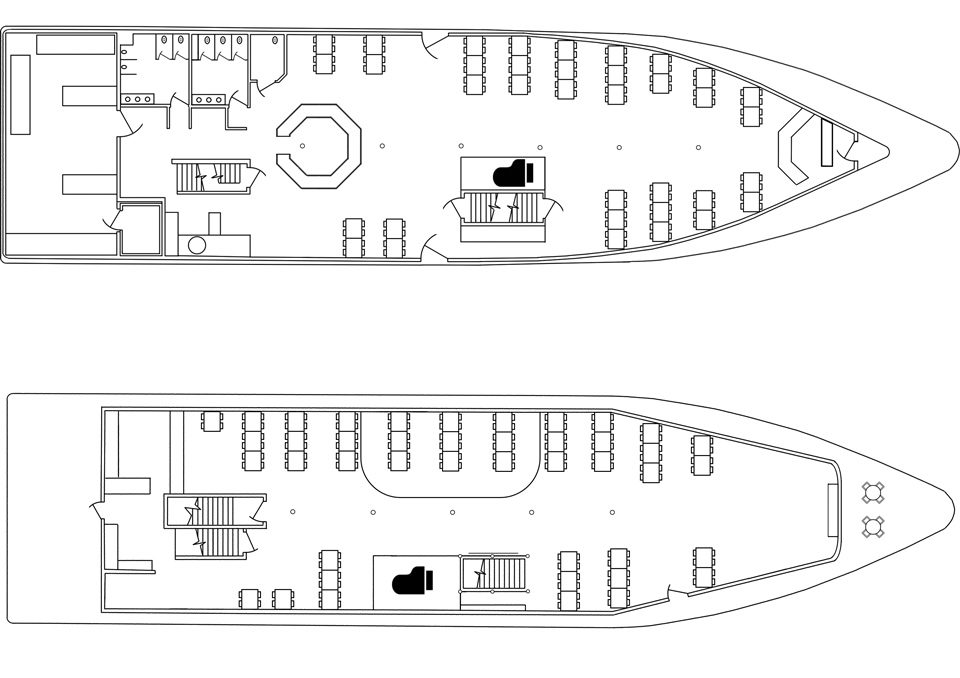 Request a Private Rental
Cruise Schedule
All Aboard!