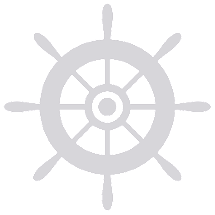 The Portland Spirit operates a fleet of four boats, including the Explorer Jetboat, and offers a variety of cruises including Champagne brunch, lunch, dinner, sightseeing and various specialty/holiday cruises. Between the beautiful scenery, friendly employees, fresh Northwest cuisine, talented entertainment and distinctive vessels, we have all the ingredients for a great cruise experience.

The Portland Spirit, Willamette Star, Crystal Dolphin and Explorer vessels are locally owned and operated by American Waterways, Inc., which began operations in 1994. We employ approximately 150 people seasonally and perform about 2,000 cruises annually.

AWI mission is to provide excellence in river dining. All of our vessels are beautifully appointed, temperature-controlled and offer extensive beverage options.

In March of 1994, AWI chartered the M/V Star Dancer, a 150-foot, 540-passenger vessel, from Pacific Marine of Hawaii and renamed the vessel the Spirit of Portland. Against all odds, the Star Dancer sailed across the Pacific Ocean to Portland traveling at a brisk top speed of 8 knots and taking more than a month to reach its final destination. The boat was quickly remodeled and pressed into service in early May, 1994. The first year of operation for the Spirit of Portland was exceptionally difficult and the company struggled to meet payroll.

On January 1, 1995, Dan Yates and his Uncle Wayne Kingsley purchased the company, made payroll and changed the name of the vessel to Portland Spirit. AWI’s goal was to become the first dinner boat company in the nation to give each party a private table and freshly prepared food on board. Sounds simple, but in 1995 it was revolutionary and extremely difficult to do. Word spread throughout the riverboat industry and now many companies throughout the world use this model.

AWI is a local family and employee-owned company. Many of our employees have been with AWI for several years and about ten are owners of the company.

We strive to make every cruise special. AWI is proud of how the Portland Spirit has become a signature tourist attraction in downtown Portland. Dedicated employees, great boats and beautiful rivers combine to make AWI a world class operation.